DC Stoddert Boys U10 and U16 Take Home Trophies

In the Nation’s Capital Cup, the Boys U10 Team finished as champions in their bracket. In the finals, they won against McLean 2011 Boys White with the final scoreline 3-0. In the group stage, they won all of their games by three goals, and outscored their opponents by 11-1, winning both matches.

The Boys U16 also finished as champions in their bracket. In the final, Coach Iain’s team won 1-0 against Sac/Armour Pre Academy White (MD), the number 11th team in the nation. In the group stage, they outscored their opponents by 5-2 and finished with a record of 2-1, with their only loss coming against Doradus Sdor 05 Elite (VA).

The Boys U14 Blue Team were runners up in the finals. They won their semi-final by 2-1 against Loudoun soccer 07B Red (VA) before losing in the final 0-3 against Alexandria 07B Red (VA) who are ranked first in Virginia and 13th in USYS Region I.

In Maryland at the Columbia Fall Classic tournament, the Girls U12 Red and White teams were both runners up in the finals.

The Girls U12 White Team finished 2-1 in group play before losing the finals 0-1against Coppermine-HFC United 2009GG (MD).

Congratulations to all of our Travel teams on a fantastic Fall Season! 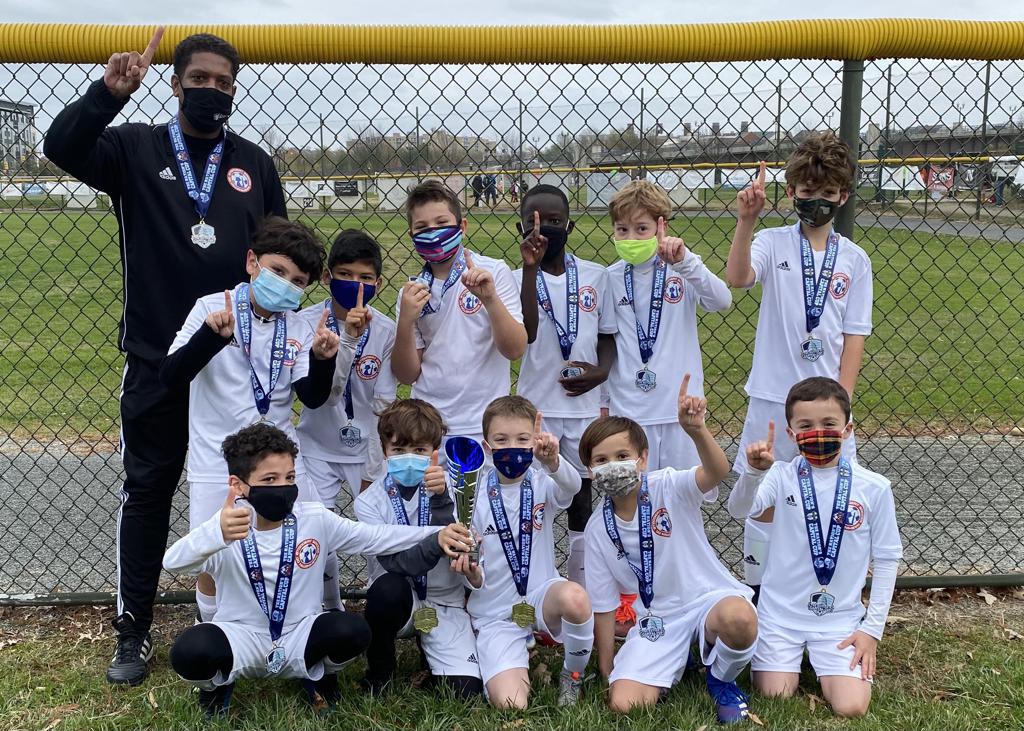