Cancellations and Updates Due to Coronavirus 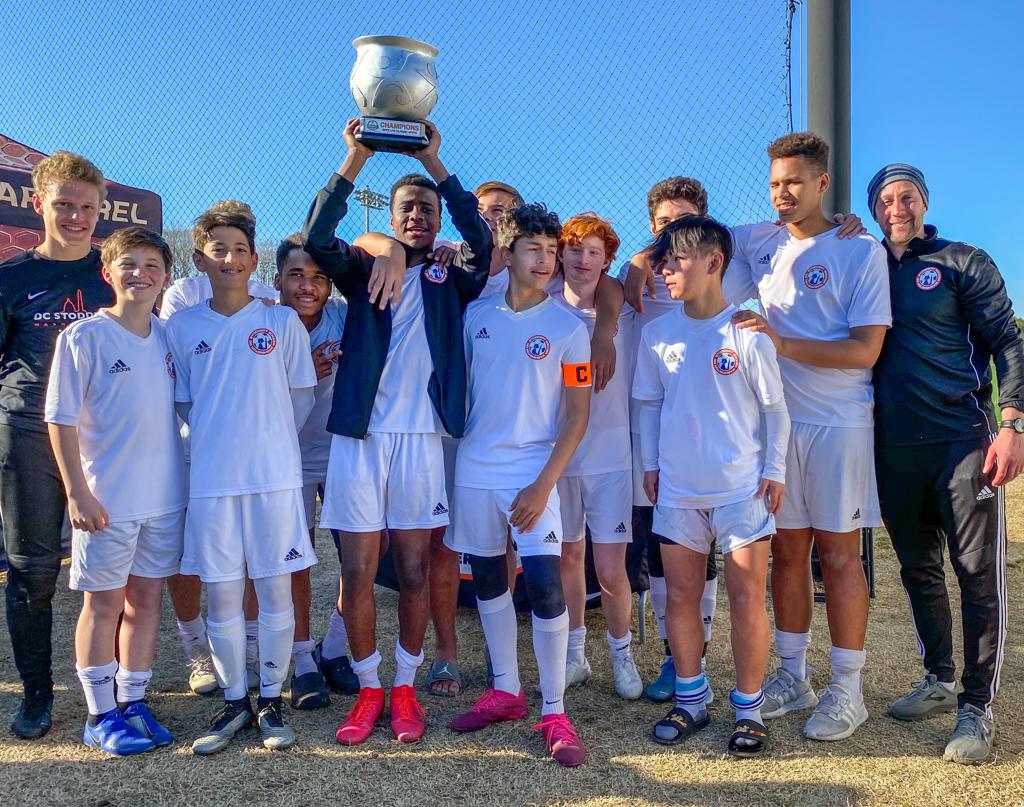 WASHINGTON- The DC Stoddert Boys 05 Blue team won the Classic White Bracket at the Jefferson Cup in Richmond, topping Nitro 05 Elite Volt (PA-East) on Sunday on penalties. This result was one of many successes marked over the weekend.

The 05 Boys posted a record of 2-1 in the group stage only conceding two goals, taking them to the top of Group B. Nitro 05 Elite Volt went perfect in Group A setting the stage for the final. The match ended level, 1-1, between the Blue Metros and 98th nationally ranked Nitro 05s and went to penalty kicks. The DC Stoddert Boys won 5-4 on penalties with Goalkeeper Zach Kovner stopping the final kick from the spot to end the match.

Multiple teams competed in the Loudoun Showcase with the 03 and 04 Boys Blue finishing first in their pools. The 03 Boys finished with a record of 2-1 with their only loss being a 0-1 result against Barça Academy Northern Virginia 03 (VA). The 04 Boys did not concede a goal in the Showcase, finishing 2-0-1.

The Girls 05 Blue battled to the top of their bracket at the Loudoun Showcase finishing 2-0-1 with their one draw coming in their first match to Twin County SA Rage 2005 (NJ). In the Girls U19 Division, the 02/03 Girls Blue Metros finished second in their pool with a record of 2-1.

Meanwhile, in the younger age groups, the Girls 09 Blue finished as runners up in the Arlington Spring Invitational Soccer Tournament (ASIST). The 09 Girls won their group with 7 points to advance to the final against Bethesda SC Blue 09 (MD). Bethesda topped the Metros 4-0 in Sunday’s final.

This coming weekend will conclude most teams preseason tournaments with teams competing in Alexandria and the Jefferson Cup Girls Weekend.