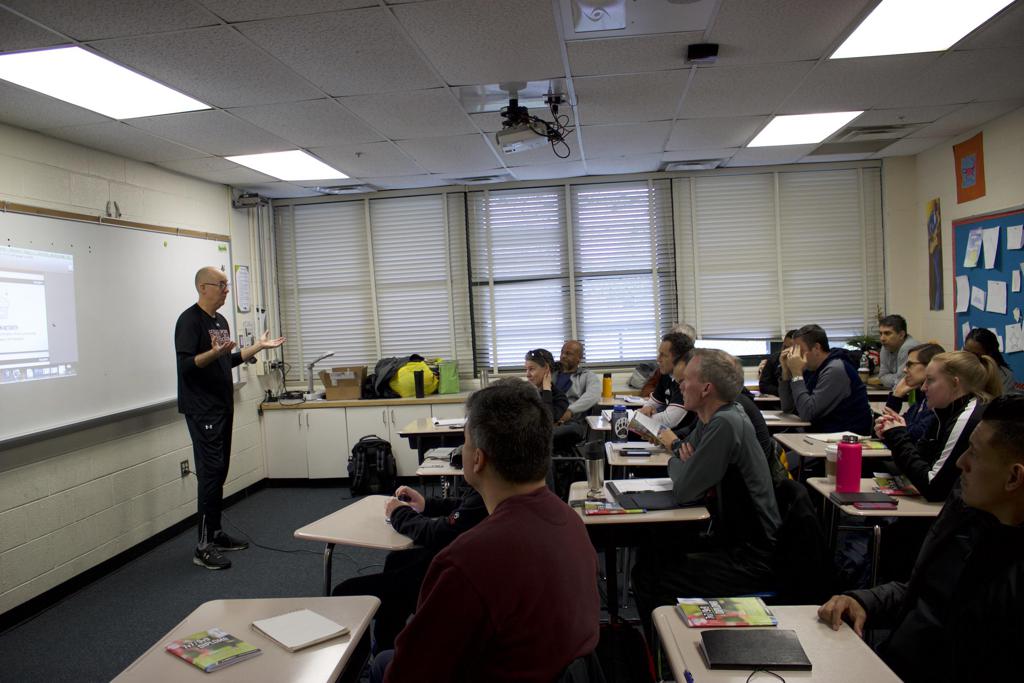 “It’s great to see our coaches gaining new licenses,” said Technical Director Khaled Hamami. “It will only help our players in their continued development and will help us strengthen as a club.”

The USSF B course that Langstone and Currie completed at the National Training Center in Kansas City is designed to introduce concepts that are targeted to coaching players aged 16 to college level. The course is designed to help coaches to observe and identify tactical and technical breakdowns in game situations, as well as learn to develop and implement appropriate training sessions to meet the demands of the game.

Murphy completed the USSF C course, which included two five-day meetings with a six- to eight-week development period in between wherein candidates return to their home environment for assignments and mentoring. The course covers tasks such as coaching training sessions, coaching games, leading players, leading the team, managing a performance environment and more.

Minton received his UEFA B License, where he took the course in England back in 2017 through the Professional Footballers Association. Over the last two years, he has been completing his course work, as well as continuing his field time which is a twelve month process. In November a PFA Coach assessed him on the field, as well as an interview.  This past Christmas he met with a Head of Coaching for the PFA to finalize the license.

For more information on our travel coaches, go to our coaching staff page at https://www.stoddert.com/travel-coaching-staff.